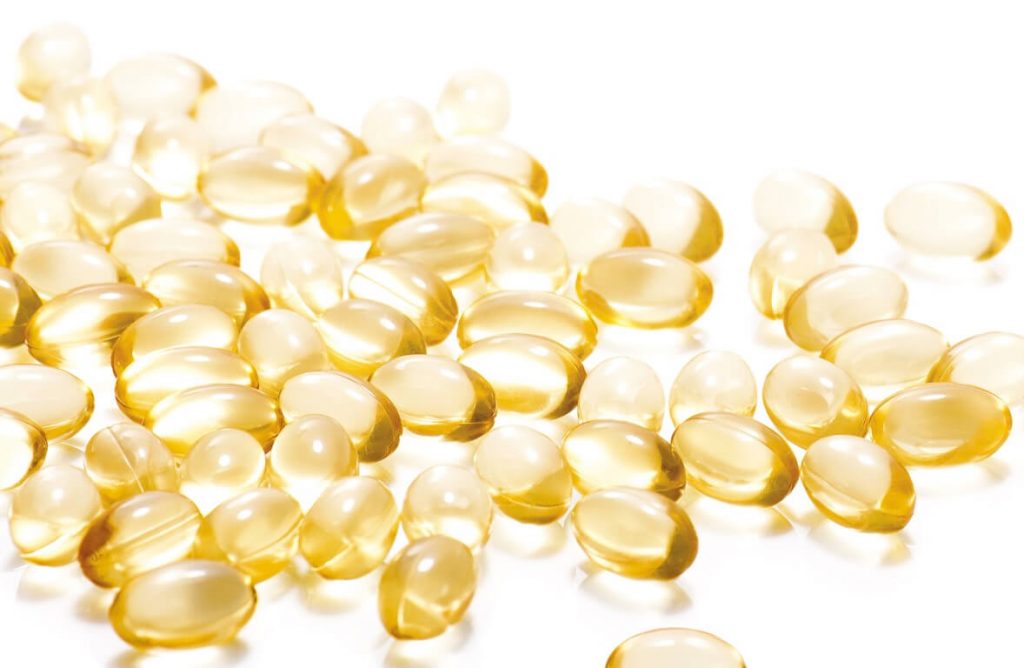 Omega-3 fatty acids are part of our base structure

Omega-3 fatty acids are important because they are part of the very foundation of our bodies. They are an integral part of cell membranes throughout the body and affect the function of the cell receptors in these membranes and hence influence the transmission of signals between cells. The formation of those cell membranes depends on the availability of sufficient amounts of Omega-3 fatty acids and they also play an important role in their regeneration and growth. Additionally, these fatty acids also impact communication in the brain and provide a starting point for producing hormones and other hormone-like substances that regulate blood clotting, contraction and relaxation of artery walls and can even impact inflammation.

They have a positive impact on heart health

The strongest evidence for a beneficial effect of Omega-3 fats is linked to heart disease. Fatty acids such as docosahexaenoic acid (DHA) and eicosapentaenoic acid (EPA), which are found in Omega-3 fish oil supplements, appear to help the heart beat at a steady rate and not veer into a dangerous or potentially fatal erratic rhythm.

Furthermore, the main cause of cardiovascular disease is atherosclerosis, a hardening of the arteries. This happens when cholesterol for instance, accumulates in the lining of the arteries and forms a substance called plaques. This can then thicken the walls of blood vessels and cause them to stiffen. Over time, this plaque can accumulate and lead to more narrow arteries, which then increases blood pressure. This can then increase the risk of irregular heart rhythm and other cardiovascular diseases. Both EPA and DHA have properties that lower blood pressure, which could be due to their anti-inflammatory activity. This could potentially lower the risk of developing cardiovascular diseases, together with their positive impact of blood cholesterol levels.

But Omega-3 fatty acids are not only important for adults, they also impact young children and even unborn babies. Studies have found that Omega-3 fatty acids improve sight and brain function in adults, but that a good supply of these fatty acids is also crucial for the development of healthy eyes prior to birth and in infancy. From the third trimester to the second year of life, a developing child needs a steady supply of DHA to form the brain and other parts of the nervous system. The eye cells for example are in need of DHA to develop and it is important that pregnant women and breastfeeding mothers can supply their child with enough Omega-3s during this time. Taking Omega-3 food supplements could be an option for these women, however like with all supplements, make sure you consult your doctor before introducing anything new into your diet.

A relief for inflammatory diseases?

The Omega-3 fatty acids that are found in fish oil are called EPA and DHA and are long-chain polyunsaturated fatty acids. This means they have a relatively stable form and act in various ways in and around our bodies. Next to their impact on cell membranes and the cardiovascular system, they can also impact the overall level of inflammation in our bodies. Because they have extensive anti-inflammatory properties, they can support prevention and treatment of many inflammatory diseases. People suffering from chronic and acute inflammatory diseases such as rheumatoid arthritis, asthma or even autoimmune diseases, could therefore potentially benefit from an increased intake of Omega-3 fatty acids .

These fatty acids can support the treatment of those diseases by displacing pro-inflammatory arachidonic acid (AA), an Omega-6 fatty acid from certain metabolic pathways for example. Furthermore, they can help combat the formation of inflammatory elements such as hormone-like substances, which helps to keep inflammation levels in the body low. This helps with our overall well being and also combats long term low grade inflammation which can be hard to notice but still have a detrimental effect on our health.

On top of their anti-inflammatory properties, Omega-3 fatty acids also have antioxidative abilities, which means that they can help protect our body against free radicals such as oxygen radicals, which are involved in inflammatory processes. Especially red krill oil, a good alternative source of Omega-3 fatty acids next to fish oil, contains a lot of the antioxidant astaxanthin, which not only gives krill oil its natural red hue but also has many positive impacts on our bodies. Learn more about krill oil and its health benefits, as well as its similarities and differences to fish oil.

Over 30% of the structural fats in the brain consist of DHA. We therefore cannot underestimate the influence of Omega-3 fatty acids on our nervous system and cognitive functions. Like we previously mentioned, Omega-3 fatty acids have an important impact on the development of the brain and eye cells in unborn babies and small children, but studies have also shown their impact on sight and brain function in adults.

Omega-3 fatty acids such as EPA also influence the transmission of messenger substances in the brain such as dopamine, noradrenalin and serotonin. These fatty acids are responsible for the flexibility and permeability of the brain cell membranes and therefore also for the communication between these nerve cells, a process called neurotransmission. Next to their impact on cognitive function, Omega-3 fatty acids also seem to be having a positive impact on the quality of sleep.

How to ensure you get enough Omega-3

So now that we have explained the importance of Omega-3 fatty acids, how can we ensure that we consume enough of them? While our body is able to produce certain substances itself based on other components, Omega-3 fatty acids are so called essential fatty acids, which means that our body is not able to produce them by itself. We therefore rely on external sources to make sure that we have enough of them. There are a variety of foods that contain abundant amounts of Omega-3s, however it might not be possible for everybody to follow such a diet or to maintain it in the long term. This is where food supplements such as the products by Omega-3 of Norway come into play. These high quality fish oil and krill oil food supplements provide a daily dose of essential Omega-3 fatty acids such as EPA and DHA and can support you in your everyday life, from improving overall wellbeing to helping your muscles recover faster from exercise.

What benefits are associated with Omega-3 fatty acids?