What are the benefits of red krill oil? 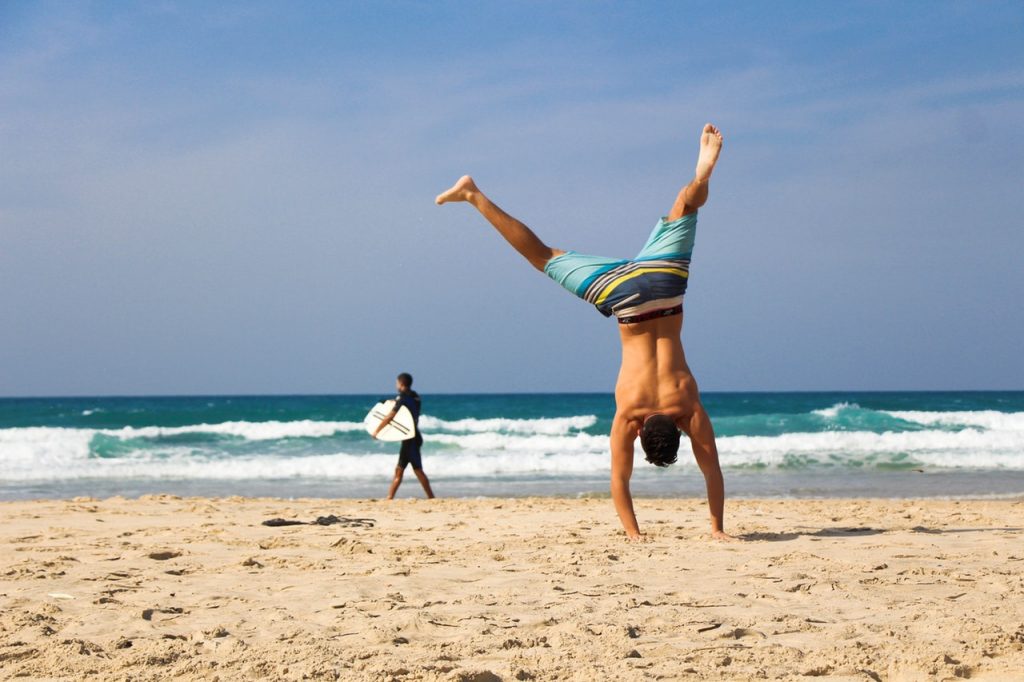 Red krill oils another excellent source of the valuable Omega-3 fatty acids EPA and DHA. Made from a small crustacean living in the world’s cleanest ocean, it contains very little pollutants and shares many health benefits with regular fish oil supplements. Omega-3 fatty acids are essential for both our physical and mental health and below we will go into more details about why they are so good for us!

Krill oil is good for your heart

Studies have shown that krill oil can have a positive impact on our cardiovascular system and heart health. The Omega-3 fatty acids that occur in red krill oil, namely eicosapentaenoic acid (EPA) and docosahexaenoic acid (DHA) are considered to be healthy for the heart. They can improve blood lipid levels and studies show that krill oil might be particularly effective at lowering the levels of triglycerides and other blood fats. Other studies also showed that krill oil can raise “good” high-density-lipoprotein (HDL) cholesterol and lower “bad” low-density-lipoprotein (LDL) cholesterol.

But krill oil not only impacts the contents of our blood but also has an influence on our arteries. EPA and DHA can inhibit the development of artery clogging blood clots and the stiffening of the walls of blood vessels and therefore have a positive impact on our blood pressure and can contribute to reducing the risk of strokes and heart attacks.

Omega-3 fatty acids have anti-inflammatory properties, and therefore they can work against a lot of conditions. Krill oil might be even more efficient than fish oil, because it contains the antioxidant astaxanthin, which gives it its red colour, too. This antioxidant helps to protect our body from free radicals that can cause damage to our cells, while it also has anti-inflammatory properties. This might help reduce arthritis and joint pain, which often result from inflammation. Reducing this low-level constant inflammation in our bodies can reduce stiffness, functional impairment and pain in patients with rheumatoid or osteoarthritis.

Studies that have shown this effect of krill oil suggest that this might be due to the role that Omega-3s play in being transformed into hormones called eicosanoids, which control a number of important functions in our bodies and can trigger the secretion of anti-inflammatory prostaglandins.

While Omega-3 fish oil fatty acids have many positive effects on our body, from helping our muscles recover from exercise, helping with blood pressure to healing inflammation, they also impact our mental wellbeing! Research shows that EPA and DHA are as effective as antidepressants in improving mood. EPA is believed to help by reducing inflammatory processes in the brain. While DHA seems to have an effect on our hormones by increasing the amount of a hormone that has a moderating effect on our mood. Additionally, DHA increases dopamine and serotonin levels, which can improve mood and help alleviate depression.

It is therefore worth considering adding high quality Omega-3 fish oil or krill oil supplements to your diet. While it is possible to consume the recommended amount of Omega-3 fatty acids through a variety of foods it can be easier and more practical to us a supplement to make sure you meet your body’s and mind’s needs.

Another way that Omega-3 fatty acids can improve our wellbeing is by alleviating some symptoms of PMS. Research shows that taking fish oil or krill oil supplements can help decrease period pain and other symptoms of PMS for many women.

So what is krill oil?

Now that we have looked at why it is good for us, it is time to look into more detail

into what krill oil is and why it has so many health benefits. Krill oil is made from a small crustacean that lives in the oceans of our planet. When we talk about red Antarctic Krill oil, like we do here at Omega 3 of Norway, we refer to a specific species called the Euphausia Superba, which live in the southern Antarctic Ocean. Because of their small size, krill eat mostly phytoplankton and algae and sit very low in the marine food chain. Therefore, they contain very small amounts of pollution and little contamination, which makes them a good and clean alternative source of Omega-3 fatty acids.

Besides Omega-3 fatty acids such as EPA and DHA, krill also contains an antioxidant called astaxanthin, which is not found in most fish oils and gives the krill its red colour. Antioxidants help protect cells from being damaged by other molecules called free radicals and can improve the long term stability of these cells and therefore the oil. These antioxidants can prevent the fatty acids from oxidation and could therefore improve their shelf life without needing any additives to make them more stable. 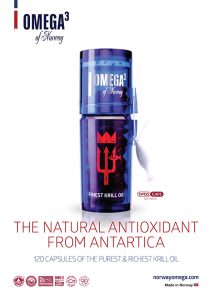 How is it different from fish oil?

In krill oil, 30-65% of the fatty acids are stored in the form of phospholipids, and krill oil also contains the antioxidant astaxanthin that gives it its red colour. This differs from fish oil, which is mainly made from fatty fish such as anchovies, salmon or mackerel and contains EPA and DHA mostly in the form of triglycerides. So while fish oil and krill oil share many of their health benefits, they differ in their origin and also have structural differences when it comes to their molecular makeup. This difference in molecular structure can affect the way that those fatty acids work and get absorbed in our bodies.

In fish oil, they mostly take the form of triglycerides which are a molecular structure combining three fatty acids such as EPA and DHA for example that are esterified (bonded) to a glycerol backbone. In krill oil however, fatty acids take the form of phospholipids, which are among the most common fatty acids in our bodies and form the basis components of our cell membranes.

Why krill oil can be better than fish oil

The Omega-3s that are bound to phospholipids in krill oil can be absorbed quicker and more efficiently because of that. Additionally, phospholipids are soluble in water which allows the body to absorb the nutritional benefits more naturally and faster. This also means that the Omega-3s that we consume in this form, form a complete mixture in the stomach instead of sitting on top of the stomach fluid like it can be the case with other Omega-3s such as fish oil.

Many of the benefits of fish oil can be lost due to poor absorption, this is where krill oil presents an advantage because it is easier for our bodies to absorb and the fatty acids therefore reach our cells quicker and can be absorbed more efficiently. Because krill oil also has a higher concentration of EPA and DHA, the capsules are often smaller and do not have a fishy aftertaste like some people experience with fish oil capsules. The experience of consuming krill oil can therefore be more pleasant. Because of its content of the antioxidant astaxanthin, krill oil is less likely to go bad because it has a more stable structure and it also helps protect cells, organs and other body tissues from free radicals.

Sustainability at Omega 3 of Norway

Krill has a large biomass and especially the Antarctic krill population that is used by Omega 3 of Norway is closely monitored by a variety of bodies concerned with sustainability and the protection of our oceans and planet. Other organizations such as Friend of the Sea (FOS) and Marine Stewardship Council (MSC) certify that vessels comply with strict krill sustainability criteria, which ensure krill stock is not overfished.

The krill used in Omega 3 of Norway’s high quality red krill oil supplement is Antarctic krill, living in one of the world’s purest and cleanest ocean, the southern Antarctic ocean. It is sustainably sourced from schools of wild krill and to ensure a high quality product, we have full control over the production, from the harvest to the encapsulation process. With strict quality assurance measures in place, we are also able to fully trace the krill from its harvest, as well as the other raw materials used in the fabrication of the product. This traceability earned us the certificate by The Marine Stewardship Council (MSC) for producing the only red krill oil that is 100% traceable. The krill is caught using a patented Eco-harvesting method with a specifically designed vessel, that singles out unwanted by-catch of non-krill species and releases them back into the sea.

Now that you know more about krill oil and its benefits, you will be able to decide, which supplement is best for YOU!

So if you are looking for a high quality Omega-3 food supplement, make sure to head over to our shop and have a look at our range of products, both fish oil and red krill oil.

What benefits are associated with Omega-3 fatty acids?