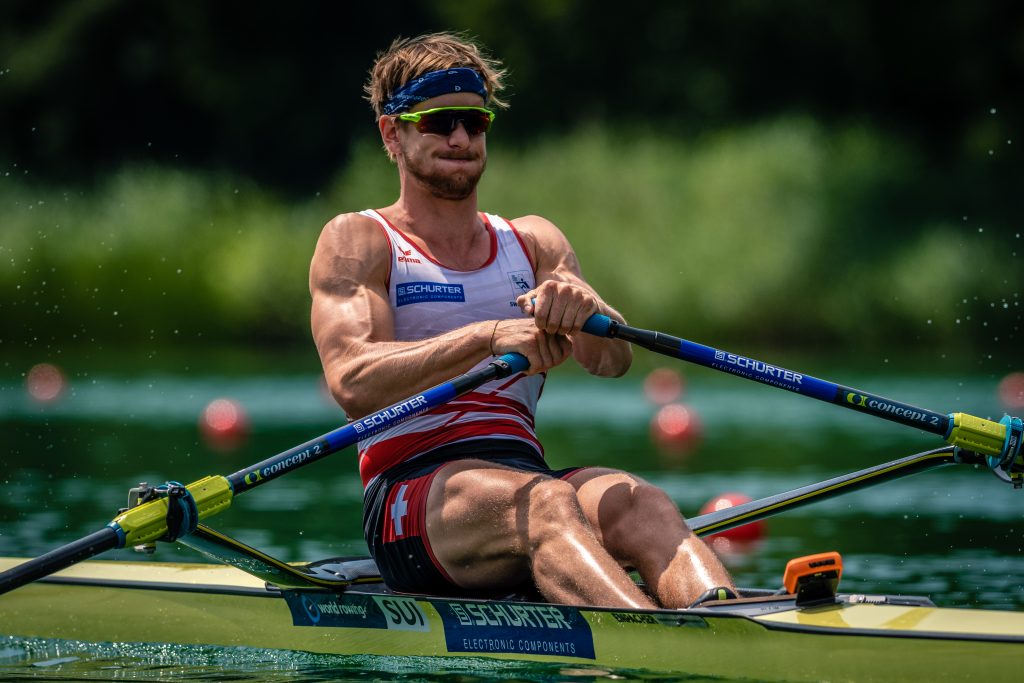 The 2020 Tokyo Olympics had to be postponed because of the big “C”, but this year in July finally, top-athletes from all over the world will travel to Japan to show off their strength.

Professional athletes such as Barnabé have a demanding exercise regime, that they complete almost on a daily basis. 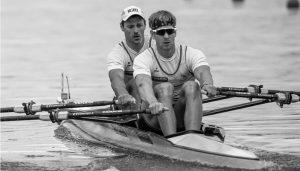 For our ambassador, this means 5 to 6 hours of training every day, with one day off per week, which he uses to not only train his endurance on the water, but also includes some weight sessions at the gym as well as other endurance sports like running, cycling or working away on the rowing machine.

Barnabé and his partner compete in the double scull category, meaning that the two of them row in a 10m rowing boat over a distance of 3 kilometers. This takes about 6 minutes to complete. So, rowing is an endurance sport but a very high intensity one!

There is no off-season in rowing

To be ready for action when the season starts around April, the athletes train hard during the winter months, when they have uninterrupted training time because there are to races to compete in. “Races are won in the winter”, is a popular saying amongst rowers, because once the season starts in spring, there is no time to build up more power until the last races in October, but this time is used to fine tune and specifically train for the races. The big gains however, are made during winter time. 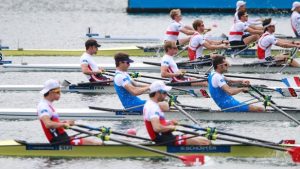 To shake things up, the Swiss athletes attend a 2-week training camp in St. Moritz in January, where the swap rowing for cross country skiing, which has similar physiological demands as rowing and therefore serves as an excellent training activity.

Barnabé just came back from the European Championship in Italy, where they missed the medal by a tenth of a second. The final race had been super tight he said, which a lot of strong teams on the water this year. Like everybody else, the past year has brought along many changes to his usual routine, because of the cancelled competitions.

The impact of Covid-19

But him and his partner used this time wisely. “We trained a lot and used the extra time to implement some changes into our routine, which we would not have done otherwise.” So, they are now prepping to be in top shape for the Olympic Games in Tokyo in July, where they will aim for Gold.

Except for two months last year, professional athletes were able to use their specialized gyms and infrastructure in Switzerland, so he did not miss out on a lot of training. And during those two months from January to March? “I went to Verbier to set up my gym there so I could train hard without bothering anyone”, he says. The training had been very fruitful and the added bonus of the high altitude certainly was a plus.

Barnabé and his partner are aiming for Gold this year at the Olympics in Tokyo. They will be competing in the double scull, where competition is fierce this year he says. They saw it at the European Championship, where the second to fourth placed boats all ended up at the finish line within three thenths of a second. “That’s about 10 cm over a total distance of 3 km, so the race really was very tight”. Prepping for the Olympics is the team’s main focus and over the next few months, all their efforts will go towards the races in July. 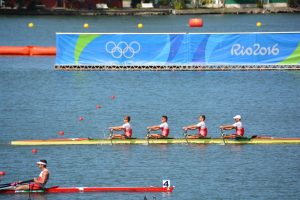 With omega 3 for more power

What helps him to stay in shape and train even harder are the capsules from Omega 3 of Norway. He is taking both fish oil and krill oil capsules twice a day, after consulting with his doctor. “He is very picky with what products he recommends, but he told me that the Omega 3 of Norway capsules are the highest quality and most concentrated ones”.

So now Barnabé takes 14 capsules a day to supply his body with the necessary nutrients under his strict training regime. And what impact do they have?

“Whenever I don’t take the capsules for a few weeks, I feel that my joints in my hips and knees get irritated sooner. My joints are healthier when I take them.” Taking the Omega 3 of Norway capsules on a regular basis allows him, to keep up his training regimen without suffering from joint pain, and he also adds with a smirk “My skin and nails also seem healthier overall, but for me that is just a nice side effect.”

If you want to know more about the advantages of omega-3 fatty acids for athletes, check out this article. And more about the benefits of omega-3 for heart health and skin can be found on our blog. Browse our shop to see our selection of high-quality fish oil and krill oil supplements.