The Nutritional Values of Krill and its Hidden Superpowers 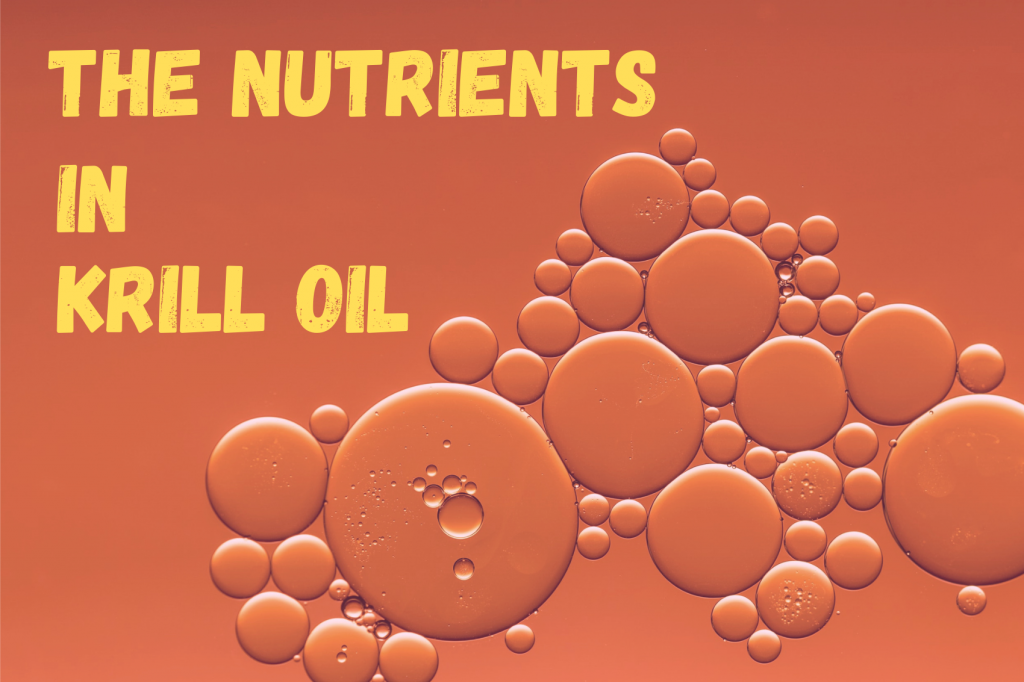 Krill oil doesn’t just contain heaps of omega-3 fatty acids but is also naturally rich in many other essential nutrients you might not have heard of yet! This article will tell you everything you need to know about EPA, DHA, Choline, Astaxanthin and Phospholipids.

What is Krill Oil

But next to EPA and DHA it also contains several other nutrients that are not found in fish oil and give krill oil supplements some extra properties that we will explain in more detail below.

Krill or Shrimp? That’s the Difference

Krill oil is made from krill, a small crustacean that lives in all the oceans of the world. Here at Omega 3 of Norway we use only krill oil that is made from the species “Euphausia Superba”, which is an Antarctic krill species, which contains heaps of the long-chain omega-3 fatty acids EPA and DHA which are very beneficial for us.

Krill is a crustacean, just like a better-known species: the shrimp.

But Krill are much smaller and only 1-2 cm long and live in large swarms in the Southern Ocean in the case of our Euphausia Superba and mostly feed on phytoplankton, algae and zooplankton. This is also where they get their omega-3: from the algae they eat underwater.

The Difference Between Fish Oil and Krill Oil

There are a few differences between fish oil and krill oil supplements that are relevant for us in this article.

Firstly, they come from different sources. While fish oil is made from the tissue of fatty cold water fish such as anchovies, salmon or mackerel , krill oil is made from a specific species of krill.

The fatty acids EPA and DHA come in different molecular structures in the two oils.

In fish oils, EPA and DHA are mostly in the form of triglycerides. This is a molecular structure combining three fatty acids such as EPA and DHA for example that are Esterified (bonded) to a glycerol backbone. At Norway Omega we apply a 10x patented molecular distillation process to get the highest quality fish oil. Some fish oil supplements also come in the form of concentrates, which contain fatty acids but in the form of Ethyl Esters, this form leaves the Omega 3 in a more synthetic form and less readily absorbed by the body.

In krill oil however, fatty acids take the form of phospholipids, which are among the most common fatty acids in our bodies and form the basic components of our cell membranes. The omega-3s that are bound to phospholipids in krill oil can be absorbed quicker and more efficiently because of that. Additionally, Phospholipids are soluble in water, which allows the body to absorb the nutritional benefits more naturally and faster. 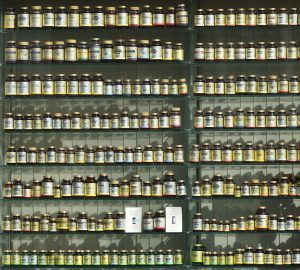 The Nutrients in Krill Oil and Their Benefits for Us

Like we mentioned above, krill oil has some special ingredients that distinguish it from fish oil and also give it some extra health benefits.

EPA and DHA – the basics

These are the omega-3 fatty acids that are the main reason why most people consume krill oil or fish oil supplements.

EPA and DHA are linked to a wide range of health benefits for our mind and body, heart, eyes, liver and even our skin.

This is not a separate nutrient in itself, but rather the molecular configuration of the fatty acids EPA and DHA in krill oil.

Krill oil is a natural phospholipid complex containing omega-3 and choline, it is a so-called multi-nutrient supplement.

The phospholipid omega-3 is said to be more easily absorbed into our cells, and therefore gets to our organs that need them the most, way faster. This means they have a higher bio-efficiency.

Another advantage of phospholipids is, that they are soluble in water and the krill oil supplement therefore mixed with the stomach fluids, instead of sitting on top of them like it can be the case with other fish oils. This can help to counterbalance some digestive issues that some customers experience with fish oil supplements.

Krill oil contains the nutrient Astaxanthin, which is a natural antioxidant. But what are these Antioxidants good for? They help to protect your body from oxidation, which is a natural process in our cells. While it is a natural process, it does create some very reactive molecules as a by-product, which can cause damage to our body if we have too many of them “flying around” in our system. Those so-called “free radicals” can cause oxidative stress to our body if we don’t manage to get rid of them in due time. And this is where Astaxanthin or other antioxidants come into play.

They do exactly that: they help our body neutralize free radicals and might also have a positive influence on our overall health.

How does Astaxanthin get into the krill oil you might wonder? Well, it’s because of what the krill is eating! The tiny algae that krill feeds on naturally contain this special antioxidant and therefore gets absorbed by the krill. When making the krill oil, we preserve this nutrient, which also gives the krill oil its red colour by the way.

Choline – a new, but important nutrient

This is a quite newly discovered player on the nutritional scene and was not recognized as an essential nutrient until 1998!

So there is less research about this particular nutrient but what we already know is that it is very important for us.

It plays a role in our liver function, brain development, muscle movement and nervous system. This is because it is needed to make fats that go into our cell membranes and is also involved in the messaging process in between our cells. Choline is also involved in making a substance that is required for removing cholesterol from our liver. So a lack of Choline may possibly result in fat and cholesterol buildup in our liver, just to name one of its many important functions. 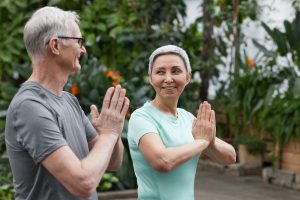 How to Store your Krill Oil

While krill oil is relatively stable due to the antioxidant Astaxanthin that gives it some additional stability and protects in from oxidation, there are some things to keep in mind to maintain your supplement fresh for longer.

Make Sure the Supplement is Still Fresh

As soon as you get your krill oil delivered or even before picking it up at the store, check the expiry date verify that the oil is clear and once opened that there is no fishy smell.

Store your krill oil in an air-tight container away from direct sunlight and at low temperatures. Your fridge is probably the best place to keep it and have it easily accessible at all times. 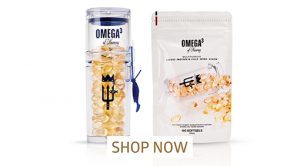 Why Does Krill Oil Go Bad?

Because krill oil contains the biologically active polyunsaturated fatty acids EPA and DHA, it can react with the oxygen molecules in the surrounding air. This process is called oxidation and leads to the supplement going rancid over time. This is inevitable, but it is important to delay the process long enough, so your krill oil is still fresh when you take it.

During the oxidation process, harmful by-products can be created, which not only reduce the positive effects of the krill oil but can even lead to side effects like heartburn or increased cholesterol. It makes the Krill Oil go rancid, which is easy to tell because of the fishy smell and the capsules will also become cloudy.

Krill oil contains way more than “just” omega-3 fatty acids! While the omega-3s EPA and DHA are super important for our bodies, krill oil also contains Choline and Astaxanthin, which are important nutrients for us.

Krill oil is associated with many health benefits ranging from

If you want to find out more, check out our blog or browse our selection of high-quality krill oil products in our shop.

How Red Krill Oil Can Boost Your Immune System