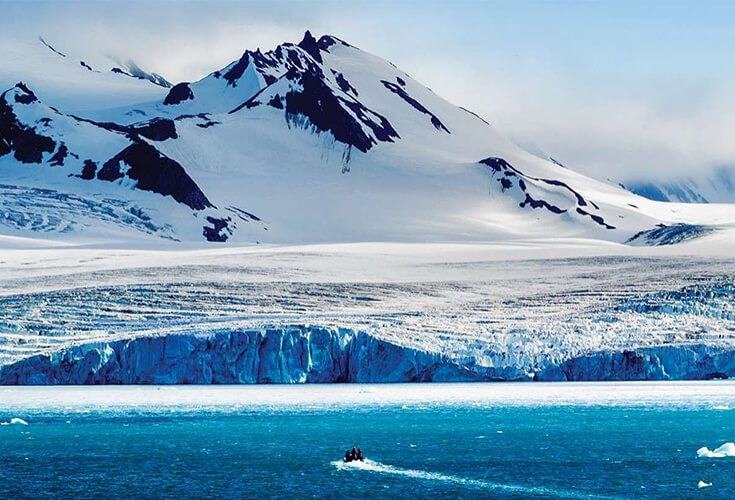 There are many conversations going on about improving your diet and what kind of supplements are best for you. Omega-3, fish oil, essential fatty acids, docosahexaenoic acid and polyunsaturated fatty acids are just some of the terms that are being used when talking about those types of supplements and this can seem overwhelming and difficult to understand at first.

Additionally, different words are sometimes used to describe the same thing, which can be confusing to say the least! Here we will explain the difference between fish oil and Omega-3, to make sure that you can make an informed decision about what to include in your diet going forward. 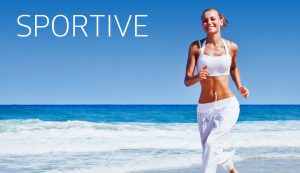 Fish Oil and Omega-3, what is the difference?

Fish oil is an oil that is produced by the fish’s fat and tissues and contains Omega-3 fatty acids such as eicosapentaenoic acid (EPA) and docosahexaenoic acid (DHA). However, the fish does not produce those itself but acquires it through its diet by feeding on other fish and microalgae.

Omega-3s are a type of polyunsaturated fats and come in several forms, all of which are important for the human body and should be part of your diet. Some but not all of those forms of Omega-3 can be found in fish oil, and those words can therefore not be used interchangeably.

The biggest difference between fish oil and Omega-3 is that fish oil contains some types of Omega-3 fatty acids, which are a specific molecular configuration defined by its structure. Fish oil however, is more of an overall term for an oil that can be gained from a variety of fish and contains other elements besides Omega-3 fatty acids.

Now, to increase our intake of Omega-3 fatty acids, people often take supplements and call them “Omega-3 fish oil supplements” or just “fish oil”, which can lead to confusion about what the difference between the two is. 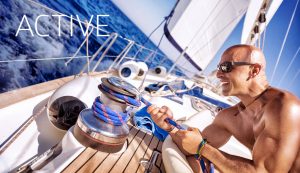 What are the different types of Omega-3s?

There are three types of Omega-3 fatty acids that are important for human physiology. They are polyunsaturated fatty acids, which means that their chemical structure has several double bonds, which makes them more stable, and they are widely distributed in nature and are found in both plants and animals.

EPA and DHA are commonly found in marine oils, with marine algae and phytoplankton as their primary source. However, they can also be found in meat, eggs and dairy from grass-fed animals. 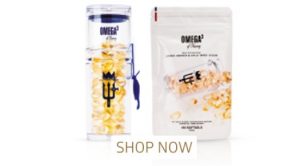 The third type, alpha-linolenic acid (ALA), is found in plant oils such as flaxseed oil, and can also be found in other plant based foods such as soybean products or walnuts. Therefore, not all Omega-3s are found in fish oil, but out of the three that are relevant to us, only EPA and DHA can be gained from marine based oils such as fish oil.

Humans are not able to produce these essential fatty acids themselves, so it is crucial to include them in your diet by eating oily fish or making sure we top up our Omega-3 intake with a food supplement. Learn more about which products provide abundant amounts of Omega-3 fatty acids. However, if you are not sure if you can cover the recommended amount of Omega-3 through your diet alone, it might be worth looking into a high quality Omega-3 food supplement such as Omega 3 of Norway.

Why is Omega-3 important for us?

ALA is the most common of these Omega-3 fatty acids and in our bodies it is mostly used for energy. It is possible for mammals to form the long-chain forms (EPA and DHA) out of the short-chain Omega-3 ALA by creating additional double bonds along its carbon chain and extending it. This process is called desaturation and elongation. However, with an efficiency of below 5% only small amounts of EPA and then DHA can be produced this way, and our ability to do so also decreased while we get older.

DHA is the most important Omega-3 fatty acid in your body and also the longest chain of the three we mentioned above. It is a key structural component of your brain, the retina and many other body parts. Other health benefits of Omega-3 fatty acids are their anti-inflammatory effect and positive impact on the cardiovascular system and even on your skin!

What is fish oil?

Fish oil is a much broader term and describes oil that is produced by the fish’s fat and tissues. To be ready for human consumption, it is extracted from the flesh of fatty fish such as herring, tuna, anchovies, mackerel and salmon.

Like we mentioned above, fish oil only contains two out of the three Omega-3 fatty acids that we need, namely EPA and DHA. However, just like humans, fish cannot produce those themselves but acquire them by feeding on phytoplankton, which absorb microalgae which is the original source of the Omega-3.

Fish oil contains about 30% of pure Omega-3 fatty acids, however when it comes to fish oils that are used as food supplements, the concentration of EPA and DHA can vary from 8% to 80%.

Make sure you choose quality

So, when picking out a food supplement it is important to look at the concentration of those Omega-3 fatty acids in each product and to make an informed decision about which brand to go for.

Omega 3 of Norway for example not only offers a high quality fish oil food supplement gained from wild water fish, but also has a range of red krill oil products which also contain high levels of Omega-3. 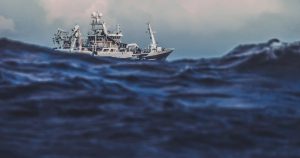 Another important thing to consider when choosing your Omega-3 fatty acid supplement is the form of those fatty acids. Naturally, Omega-3 fatty acids occur as triglycerides, which is the molecular structure that fats and oils assume in plants and animals. In this form, they are long-chain polyunsaturated fatty acids and can be more easily absorbed by our body. Additionally, this form is more stable and therefore provides a higher degree of protection against oxidization (to react with oxygen).

A lot of products on the market however, are fish oil concentrates, where the Omega-3 fatty acids are combined with ethanol to form so-called ethyl esters. Those can then reach a higher concentration of Omega-3 fatty acids, however they are more difficult to digest and to absorb in our body. And while both contain Omega-3 fatty acids, a comparison can be drawn between fresh orange juice and juice from concentrate, which are kind of the same, but also not.

So when making your choice consider the following elements: how high is the concentration of ALA, EPA and DHA in the Omega-3 food supplement of your choice? And do those Omega-3 fatty acids exist in their natural form as triglycerides, meaning that they are bonded to a glycerol backbone, or have they been combined with ethanol to form a so-called Omega-3 fish oil concentrate?

While fish oil is a general term for oils made from the tissue of fish, omega-3 describes a specific form of fatty acids, that are essential for our health and well-being but that our body cannot produce itself. This means, we need to ingest them through food or via a supplement, like fish oil!

Here are the main differences between fish oil and omega-3:

Here at Omega 3 of Norway, we prioritise natural products and our fish oil contains 90% triglycerides, which makes them easy to absorb into your body and thanks to an odour neutral capsule made of high quality gelatine, there is little to no taste or smell of fish! So if you are looking for a wide range of high quality Omega-3 fatty acids supplement, head over to our shop and have a look!

Visit our online shop to find out more about our products and get inspired to get healthy today!

The Top 3 Benefits of Omega – 3, A Powerful Anti-Inflammatory